A Celebration of Pioneers from Japan in Greater Cincinnati 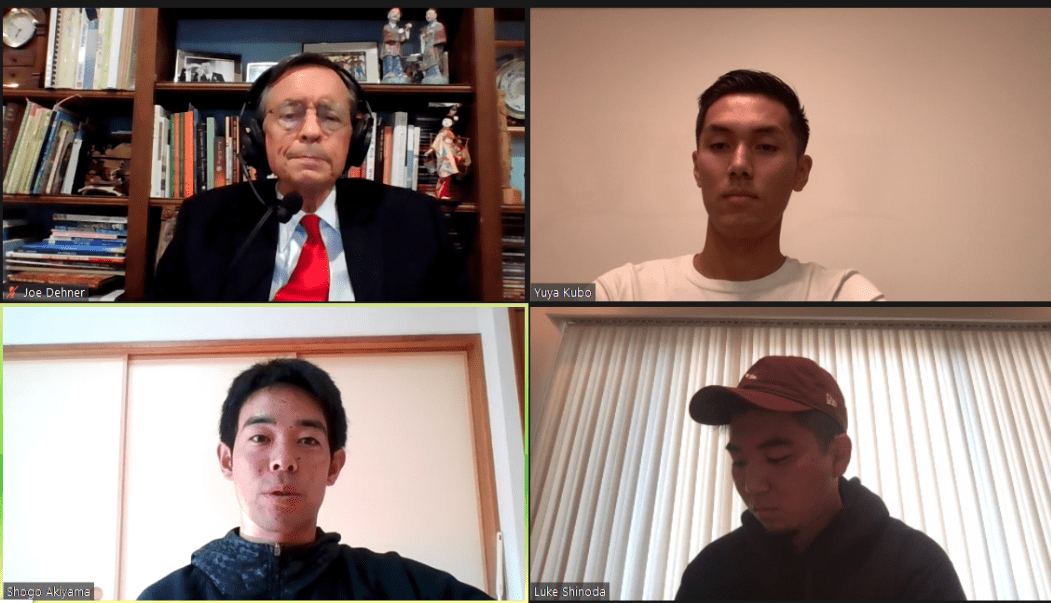 The Japan America Society of Greater Cincinnati (JASGC) held their Annual Gala: A Celebration of Pioneers from Japan in Greater Cincinnati, on November 12th, 2020 at 6:00 pm EST. This hour-long event was held virtually (via Zoom), with guests attending from all around the world. JASGC was established in 1988 to foster business, social and cultural connections between the people of Japan and residents of Cincinnati. This Gala is one of the many ways they build these connections.

The event was hosted by Joe Dehner, the current JASGC president. It began with a beautiful tribute by Kiyoshi “Peter” Tanaka for his late father, Dr. Kinji Tanaka. He spoke of Dr. Tanaka’s amazing life achievements and how he helped establish several Japan-related organizations in Greater Cincinnati that continue to promote US-Japan relations decades later. Following Kiyoshi Tanaka was Tsutomu Nakagawa, Consul General of Japan in Detroit, who gave a heartfelt speech and toast to officially open the event.

The highlight of the evening included two key speakers, Shogo Akiyama of the Cincinnati Reds, and Yuya Kubo of FC Cincinnati. Both players arrived in Cincinnati in January 2020 as the first players from Japan to join their respective Cincinnati professional sports teams. The interactive interview featured questions from attendees. The players spoke about a wide range of topics including their sports experience in the US, adjusting to a new home life, and their favorite experiences so far living in Cincinnati. The players were reportedly happy to be included in this Gala and to share their perspectives. The event was well attended and was deemed a huge success for JASGC.

What People Said About The Event

The event was very smooth and enjoyable. As a Japanese, I was able to understand everything with transcripts, and the interpreter was excellent.
イベントはスムーズで楽しかった。
日本人としてもTranscriptで全てが理解できた。通訳さんが上手だった。
MH
The event was great and well organized within an hour, not too long, not too short. Both players looked relaxed & comfortable chatting with each other. Live Q&A was fun to watch.
イベントは短過ぎず長過ぎず1時間以内でまとまっていてとても良かった。 両選手がリラックスして楽しそうに話していた。Live Q&Aは見ていても面白かった。
SK
“I met Dr. Kinji Tanaka last year at the memorial Hearn reading event by the actor Shiro Sano, and it was good to hear him remembered by his son. I didn’t know he was born in Dairen in prewar Manchuria. That explains for me, at least partly, why he was interested in Lafcardio. I asked the question about Lafcardio Hearn of the two players.  I wasn’t surprised that they didn’t know anything about him. But do send on my message that while  they are there, they should by all means read translations of Lafcadio which describe Cincinnati of 100 years ago. And compare! That ought to be interesting.”
Okito Toyoda 豊田沖人

Member of the Hearn Society, Japan