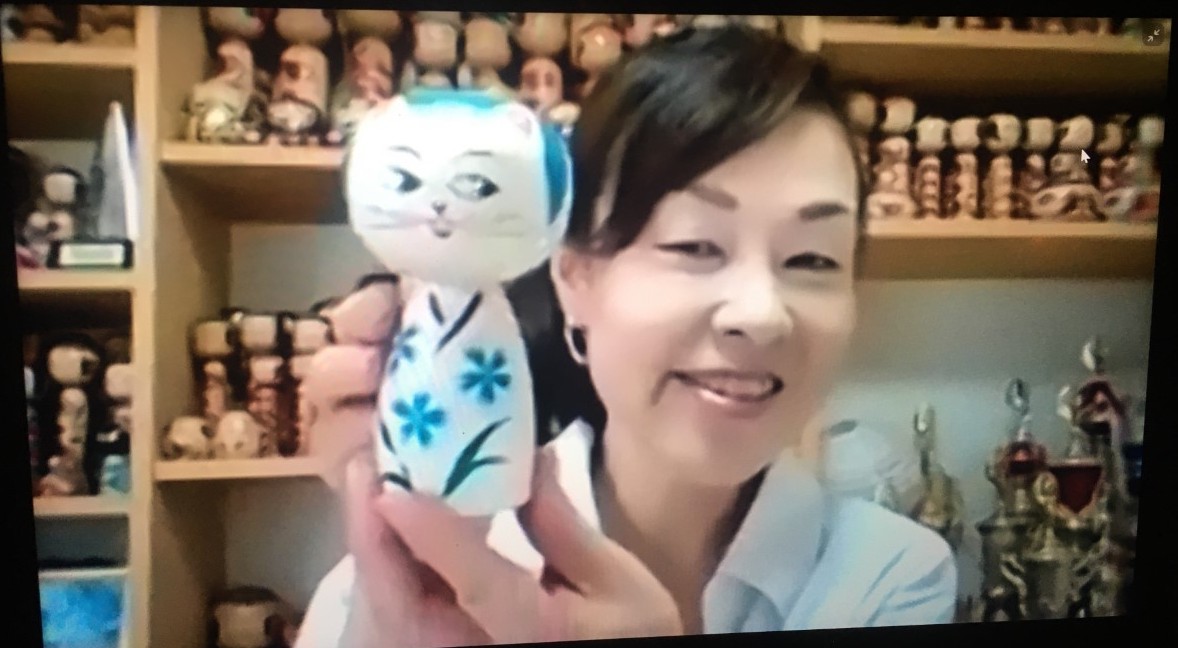 “Live from Japan: A Conversation with Naomi Umeki: Kokeshi Doll Maker” delighted audience members on August 5 via Zoom. Our guest Naomi Umeki was interviewed live from her studio in Japan, where she showed us a large and varied collection of traditional Kokeshi dolls and demonstrated how she paints each doll by hand.

We learned a great deal about the origin of the dolls and the many differences in styles, including the types of wood used, depending on the region.

Though many of the dolls in her collection follow traditional styles, she has added some of her own designs, including cat dolls.

Someone asked: “What is the significance of the red color on so many of the dolls?” Umeki-san explained that red is used on many temples and shrines in Japan for the same reason it is used on Kokeshi dolls — red is a color that scares off evil spirits and encourages good luck.

Why have Kokeshi dolls remained popular in Japan for so many years? “Partly due the dolls’ simplicity, and their association with good luck,” Umeki-san explained.

Our audience members asked great questions, and our host and interpreter Teruko Nesbitt did a fabulous job making the event accessible to speakers of English and Japanese.